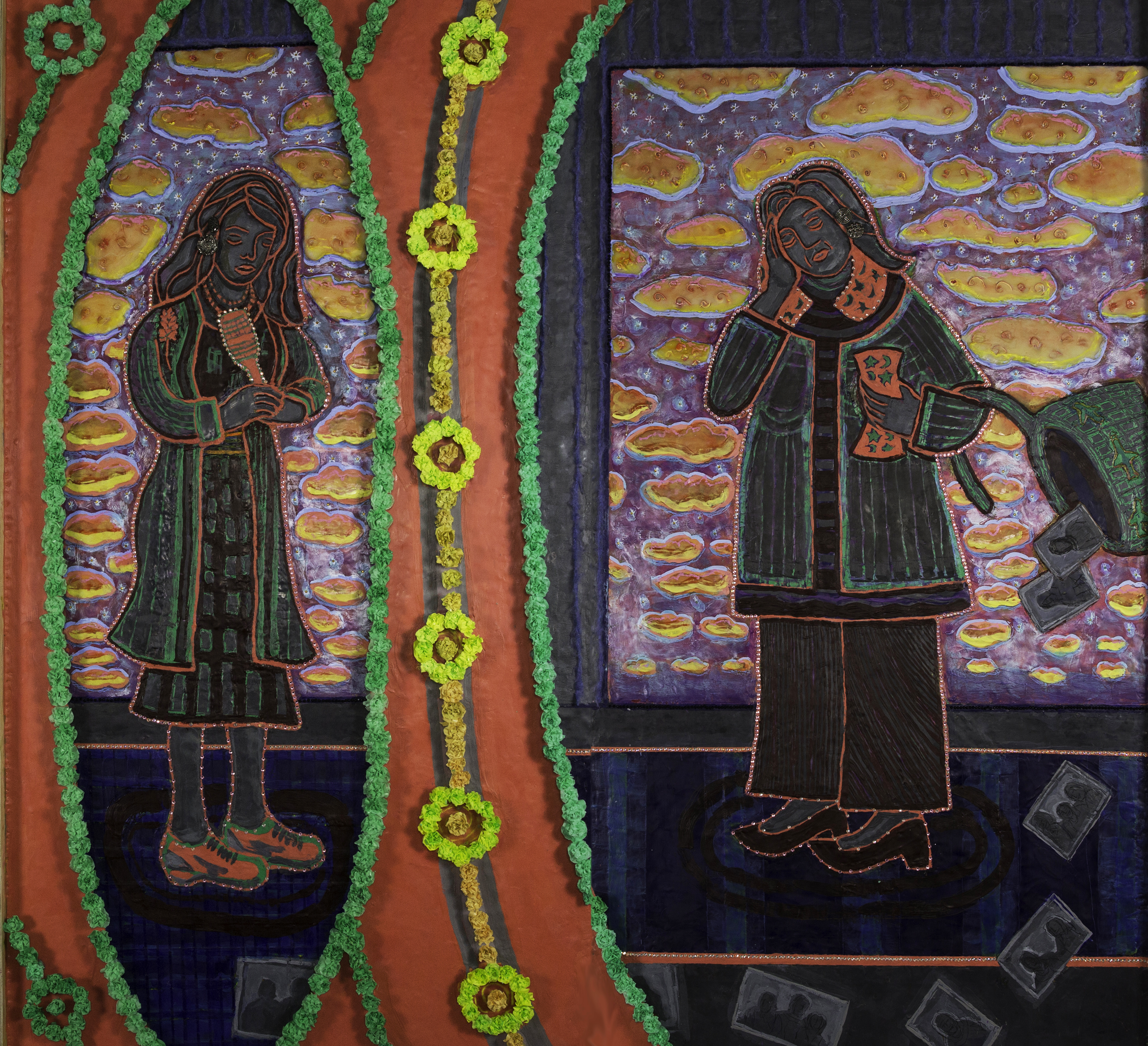 This painting shows two women politicians known for fighting for the rights of women.

Wendy Davis, a Texas state senator, received national attention when she held a thirteen-hour filibuster against a measure intended to restrict abortions across the state, thus keeping the bill from passing in that legislative session.  The painting shows Davis during the filibuster wearing her signature red shoes.

Hillary Rodham Clinton was, at the time of this painting, Secretary of State, where she used American clout to pressure other countries to improve the treatment of women around the world.  The painting shows an exhausted Clinton in an airport on one of her many trips promoting women’s rights.

The painting is made from encaustic paint. Encaustic flowers in green, yellow and orange decorate the surface of the work.