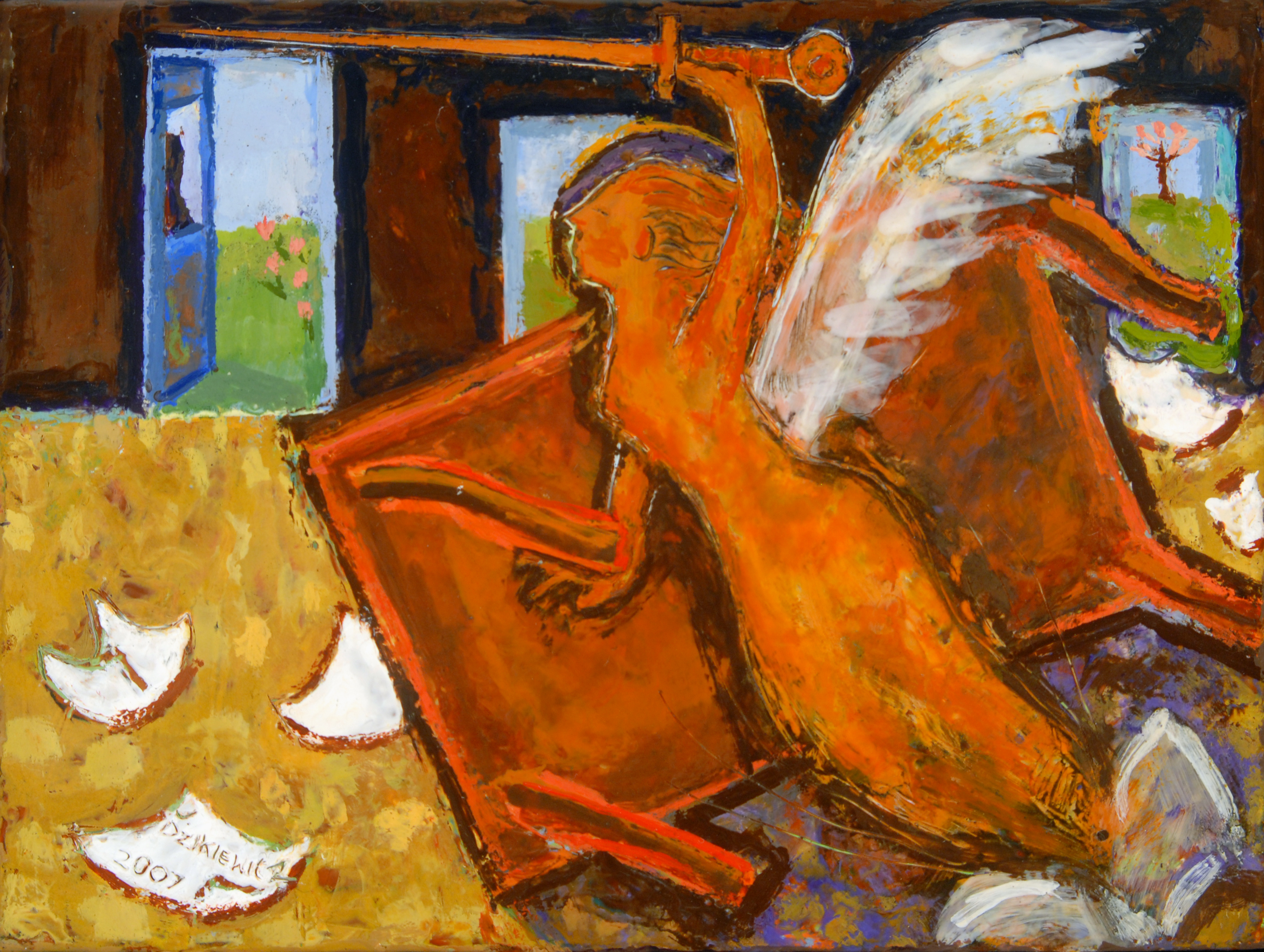 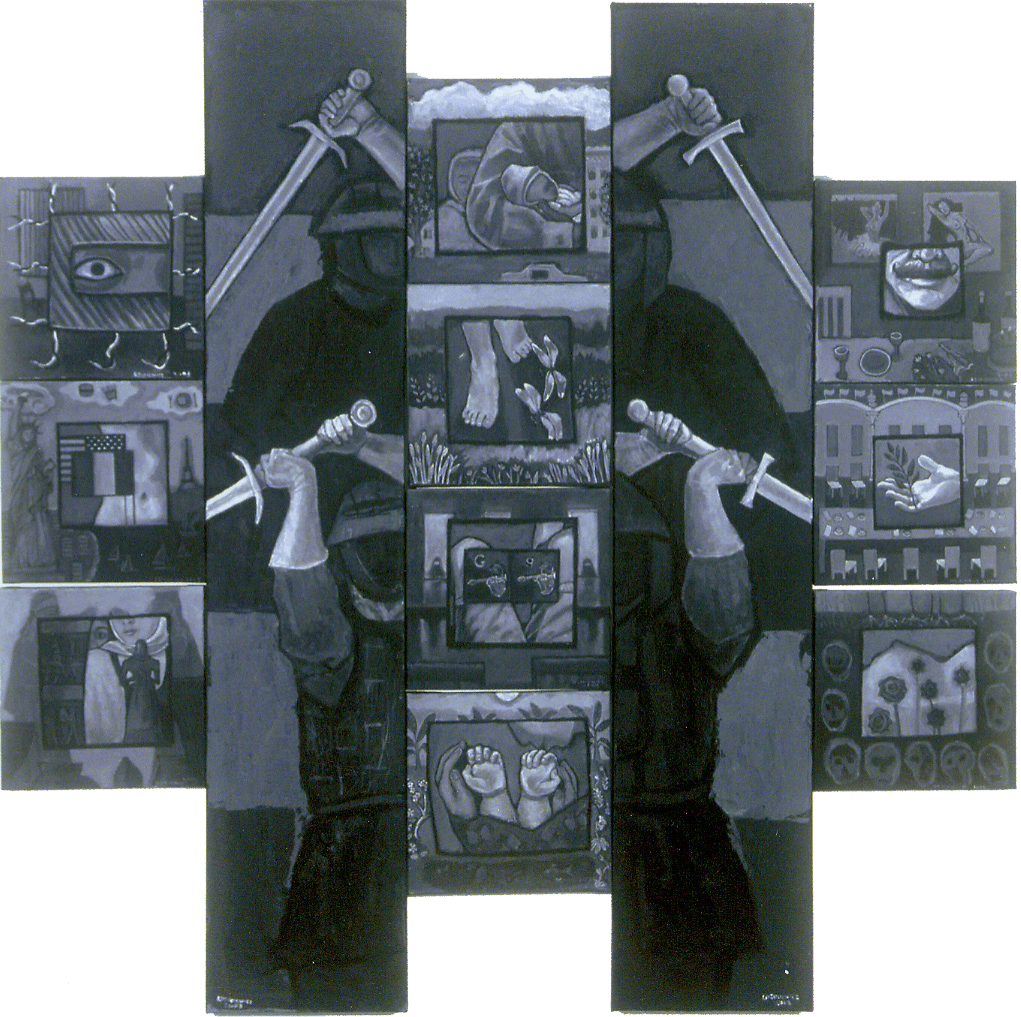 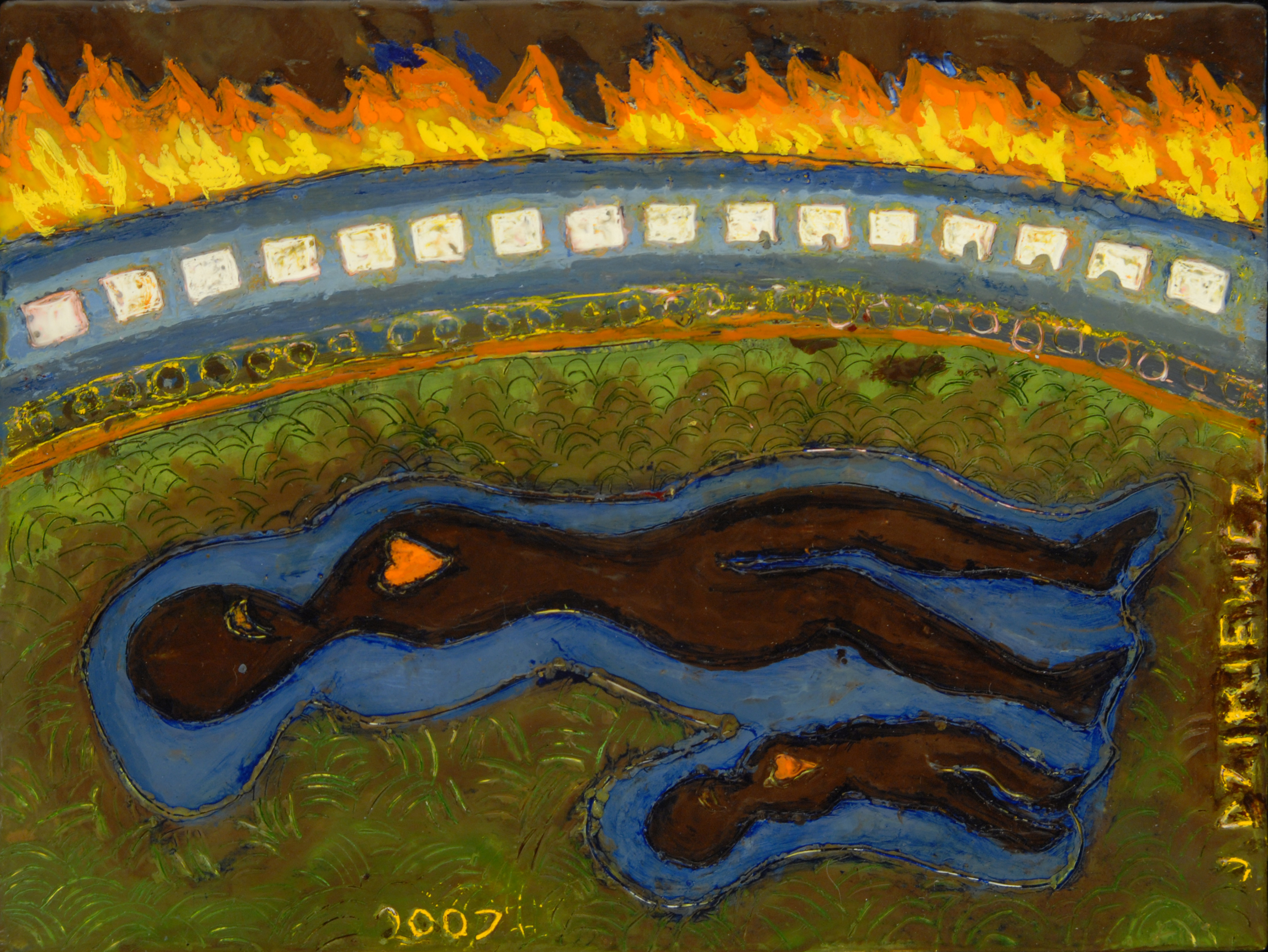 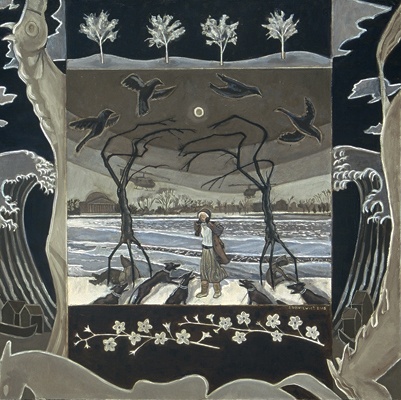 These paintings, ranging in date from 2002 to 2007, reflect a variety of media. I painted these words in oil, acrylic and encaustic. The language of the works are meant to be stark and direct-hence no mixed media works here.

Each painting does tell a particular war story though..

“The Beasts” was inspired by news photos of Iraqui prisoners(of the USA) naked and stacked like logs. I also recall reading that prisoners  had been threatened by drowning and by attack dogs. This painting reflects that time.

“Washington, Despair”, painted in 2005, represents my reaction to the above news.

“War” looks at the reasons we go to war, and the innocents who will suffer in the war. My two long panels, depicting medieval men with large swords, represent the violence of such conflict.

“A Wish for Virginia Tech” was painted shortly after the Virginia Tech Massacre on April 16,2007 . An angel rises from beneath a student desk, with a sword in hand to protect the innocent.

This artwork, inspired by the war in Iraq, ‘extra-ordinary rendition techniques’ and other conflicts, explores the meaning of life in a time when Death dances with the innocent. It explores suffering and spirituality. I seek in this art to touch my viewer’s heart with the beauty of the paint and the seriousness of the subject.